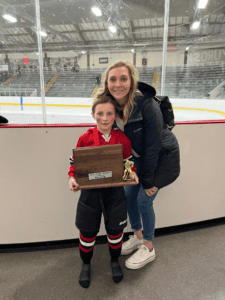 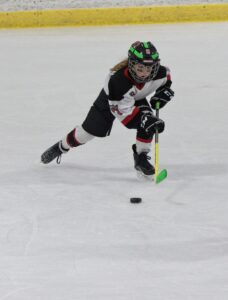 “Arica is an 8-year-old firecracker who plays 10u hockey in southeastern MN. She has a deep passion for some of the most challenging sports. Between, hockey, soccer, and football she keeps our family moving. With all of the running, especially during this last hockey season, being at the rink four to six nights a week we noticed Arica becoming very fatigued. The fatigue led to illness on more than one occasion. As we began to pay better attention to Arica’s intake and quickly realized that, no matter how hard we tried, her nutrition was suffering. With this realization, we knew we needed to do something, so we reached out to Wendi! ”

Within a couple of weeks of working with Wendi, we began seeing a change in Arica’s energy and mood along with her willingness and interest to eat more protein! Wendi also helped her understand the value of getting involved in the process of preparing the food! Wendi connects with Arica in the most amazing way. 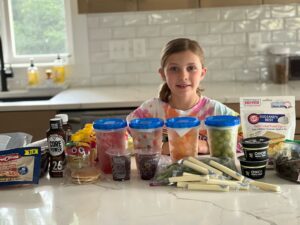 h check-in she spoke to and with Arica, explaining the importance of nutrition and the whys behind the necessities. Wendi’s ability to explain something that can be so complex and overwhelming to most adults in a way that an 8-year-old can understand and implement is her superpower!

Having her knowledge and support has been huge for Arica and our family as a whole. We would encourage anyone looking for guidance in their nutritional journey to have at least one conversation with her! 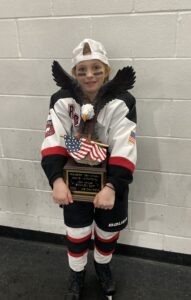 Wendi has made sure to stress the importance of continued effort. She keeps in perspective that we are humans learning a better way of living; that slips ups happen and that is ok. We highly recommend her to any family who wants to improve their nutrition, save money on a budget, and avoid the risk of injury or illness!”

-Steph mom of Arica
Contact Wendi today to learn more about our student-athletes coaching program or family nutrition coaching! Fill out our health assessment form to apply or book a discovery call here!

Feel empowered and more confident in all aspects of life through tailored nutrition counseling and education! 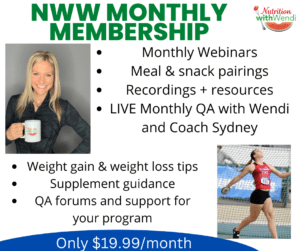 Subscribe to receive access to webinars, LIVE QA with Wendi, and tips for weight gain and fat loss exclusive to NWW members. 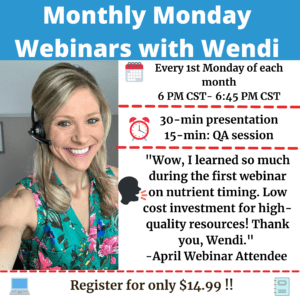 Sign up to receive the most up-to-date health and performance tips, recipes, and MORE delivered right to your inbox!